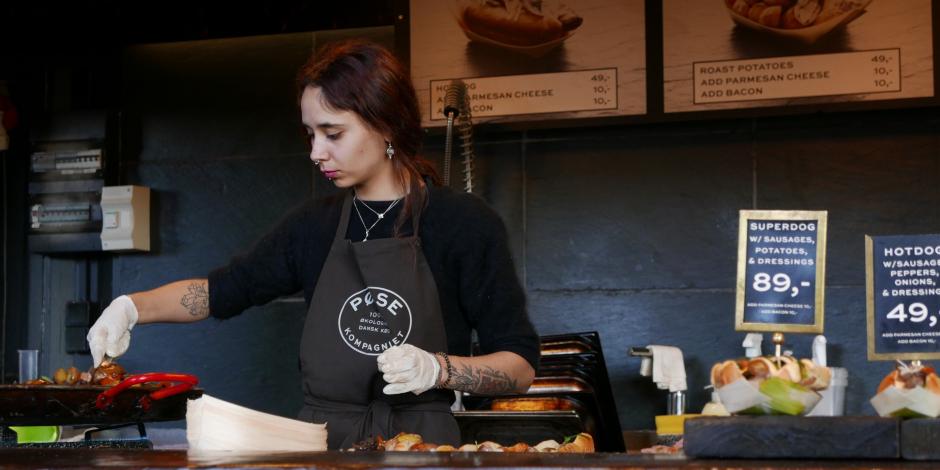 Accordingly, designating employees as either exempt or non-exempt under the federal and state wage and hour laws is one of the most basic and important decisions for an employer to make, and misclassifying employees can have significant legal liabilities. The subject of exempt versus non-exempt employees is particularly difficult for California employers, because the state’s exemption requirements create more restrictions than federal law.

The vast majority of employees in the restaurant industry are generally non-exempt. And those employees who qualify as exempt are more often than not exempt under the executive exemption–sometimes referred to as the “managerial” exemption.

To be exempt under the executive exemption, the employee must satisfy a two-prong test: the compensation prong and the duties prong.  Unless the employee meets both prongs of the test, the employee is not exempt.

Key to this element of the exemption standard is that the required salary may not be prorated for work less than full time. In other words, as a general rule, the salary, once set, cannot be modified based on the quantity or quality of the work performed, including how many hours worked or how well the salaried employee performs. Exempt employees are paid based on the general value of the services performed, rather than the amount of time spent performing the work. An employer violates the salary basis test if deductions are made for absences caused by the employer where the employee is ready, willing and able to work. With limited exceptions, employees who perform any work during the work week should be paid their entire salary.

Under federal and state enforcement guidelines, deductions from an exempt employee’s pay can be made when the employee voluntarily absents themselves for a full day or more for personal business, other than sickness or disability. So, if an exempt manager who normally works five days per week takes a personal day to take visiting relatives to the beach, his or her weekly compensation can be reduced by 20 percent without risking the exemption. But if an employer chooses to shut down for part of a week for repairs or another interruption, the compensation for an exempt manager cannot be reduced where the manager is ready, willing and able to work.

Partial-day absences can never result in a reduction of the weekly salary for exempt managers in California. However, recent jurisprudence has confirmed that an employer may debit an employee’s accrued-but-unused leave, including vacation, PTO and sick leave, for partial-day absences. Whether your PTO or sick leave policy is consistent with the salary basis test is an issue you should consider in consultation with qualified employment counsel.

In addition to receiving the minimum salary, the employee must also perform certain duties to satisfy the executive or managerial exemption, including:

The employee must be engaged in exempt duties at least 51 percent or more of the time he or she works. Significantly, if an employee is performing an exempt and a nonexempt duty at the same time, such as wiping a table while supervising an employee, it is the nonexempt duty that counts.

Many restaurants continue to face lawsuits seeking unpaid overtime from working managers who have the title of “manager” or “supervisor” but who basically work alongside non-exempt employees and do not perform exempt duties more than half of the time.

Duties that may be considered exempt:

Duties that may be considered non-exempt include:

According to the California Labor Commissioner’s Division of Labor Standards Enforcement (DLSE), the occasional performance of nonexempt duties that aren’t directly or closely related to exempt duties by an exempt employee won’t be calculated as a part of the employee’s exempt duties. The only exception to this general rule is when an otherwise exempt employee has to fill in for a nonexempt employee due to an unforeseen emergency. The DLSE has stated that an unforeseen emergency doesn’t include a business that does not have enough sales personnel on the floor to efficiently accommodate all of the customers. Therefore, if a manager at a restaurant fills in because the floor is short-staffed, that nonexempt work performed by the manager cannot be counted as exempt work to meet the 51 percent threshold.

It is the employer’s burden to establish that an employee qualifies under the executive exemption or any other exemption. Under California law, the courts must determine the realistic requirements of the job, including first and foremost, how the employee actually spends his or her time. Courts will also examine whether the employees’ practices diverge from the employer’s realistic expectations. Thus, the test is what the managers actually do “on the ground.” The California Restaurant Association advises members to carefully classify workers as exempt or nonexempt by using state guidelines and to refrain from using lofty titles or creative job descriptions to limit or avoid overtime pay obligations. Restaurants have been and continue to be targeted by enforcement authorities and claimants alike, with exemption classification issues as one of the more common claims. If you have any questions, contact the CRA or qualified legal counsel before classifying an employee as exempt, or to determine whether an already-classified exempt employee is truly exempt.

While the focus of the exemption analysis is often directed to the nature and quantity of the exempt duties performed by the employee, some attention should be paid to the requirement that the duties performed require the employee to customarily and regularly exercise independent judgment and discretion, which means to use discretion and independent judgment frequently in the course of day-to-day activities. In many restaurant organizations – particularly chain restaurants and other franchise relationships — the discretion of the individual managers is often constrained by operational policies and other dictates from above. Indeed, the DLSE enforcement guidelines specifically recognize that such limited opportunity to deviate from imposed guidelines may destroy the viability of the exemption.

Although the executive exemption is the most likely exemption for restaurant employees, be advised that another common exemption — the administrative exemption — may, at times, be available. This exemption typically applies to employees who perform “office or non-manual work directly related to the management policies or general business operations” of the employer. But this exemption has always been quite narrow. The requirements include a level of independence in performance of administrative duties that most clerical workers will be unable to satisfy. An exempt administrative employee must have a personal, direct effect on the policies or general business operations of the employer. It is not sufficient for the employee to be engaged in duties that are primarily production work that have an indirect effect on business operations.

This report was reviewed and updated in 2019 by the Zaller Law Group, PC.  Zaller Law Group, PC provides this information for general informational purposes only. The information is not, and should not be relied upon or regarded as, legal advice. No one should act or refrain from acting on the basis of such content or information, without first consulting with and engaging a qualified, licensed attorney, authorized to practice law in such person’s particular jurisdiction, concerning the particular facts and circumstances of the matter at issue.

Employee Theft: Why do employees steal?

Employee theft in the workplace is a growing problem that affects many employers. Nearly 95 percent of all businesses suffer from theft…

Terminating an employment relationship is never easy. Many people fail to appreciate how personally and legally…