Key bill gets a vote this week: Make your voice heard now January 25, 2022 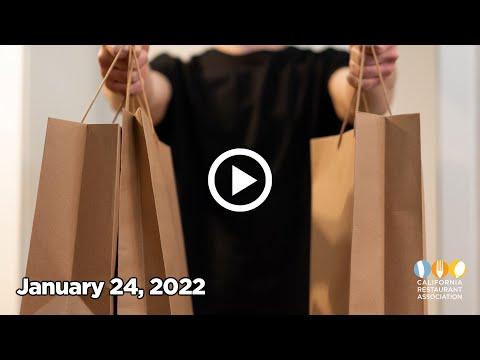 Last summer, we helped defeat AB 257, the bill that aims to create an entirely new government entity, a “government council” made up of unelected, unaccountable political appointees. This council would have the authority to make labor law for counter-service restaurants with more than 30 locations nationwide, but proponents of this idea have already said that if they are successful, they will expand the law throughout the restaurant industry and to other industries as well.

The State Assembly will vote on the bill this week. It’s not enough for Assembly members to hear from the CRA’s government affairs team. They need to hear from people living and working in their own districts. Watch this week’s video for a rundown of the bill, then contact your Assembly member through our “Stop the Takeout Takeover” website, where you can easily send a letter to your lawmaker, and learn much more about this bill.