Smoking and the hospitality industry 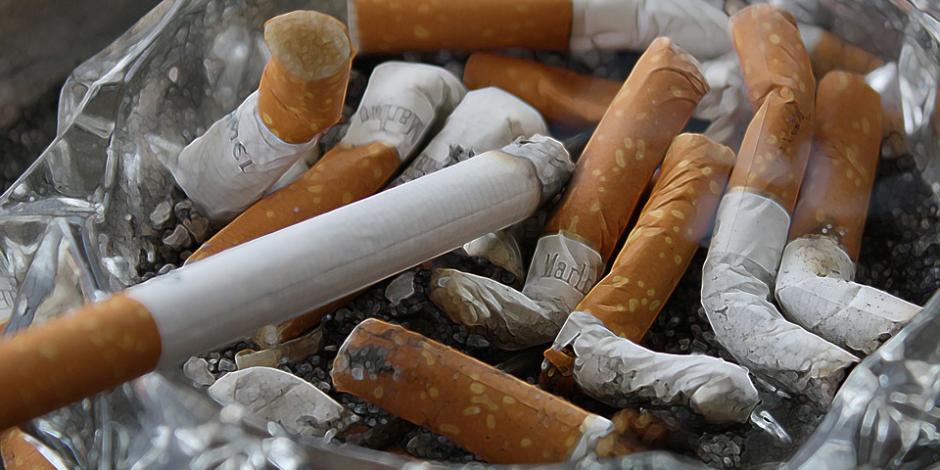 California’s smoking law—Labor Code Section 6404.5—took effect on January 1, 1995. The law prohibits an employer from “knowingly or intentionally permitting … the smoking of tobacco products in an enclosed place of employment.” It also prohibits any person from smoking in these locations. The term place of employment includes virtually all enclosed places such as restaurants, factories, stores, malls, movie theaters, office buildings, bars, taverns, gaming and bingo clubs, and other indoor workplaces, with several designated exceptions (see below). It does not apply to outdoor areas (i.e., an area without walls and a ceiling) such as dining patios.

Local law enforcement agencies are responsible for enforcing this law. The local city council designates which agency enforces the law. In most cases it will be the local police or sheriff. However, it could be the fire department, local health department, code enforcement or the city manager.

NOTE: An example provided by Cal/OSHA of what is considered a “serious” violation is when an employer allows smoking to occur at his or her workplace, and an employee suffers an asthma attack as a result of the secondhand smoke.

Employers fulfill their responsibilities by meeting these posting requirements:

NOTE: Operators must continue to post any smoking signs required by local law, as well as any necessary Proposition 65 signs which warn that the establishment permits smoking and tobacco smoke is known by the state to cause cancer.

Smoking is permitted in these circumstances:

Meeting and banquet rooms (in hotels, restaurants, etc.), but not during food or beverage functions (including setup, service and cleanup) or when exhibit functions are taking place.

NOTE: At times when smoking is not permitted in such meeting and banquet rooms, the establishment may permit smoking in corridors and pre-function areas adjacent to those rooms, as long as there are no employees working continually in the area.

Employers with five or fewer employees

Smoking is permitted in such workplaces if all of the following conditions are met:

NOTE: This provision does not supersede other sections or restrictions of the law; that is, a café with only five employees could not elect to make itself a smoking workplace under this small-business exemption.
Bear in mind that very few businesses can restrict access by minors.

Smoking is permitted under the following conditions:

Smoking is permitted unless the residence is licensed as a family daycare home, in which case smoking is not permitted during operation of the daycare business and in those areas where children are present.

Smoking is permitted in:

In addition to the statewide restriction on indoor smoking, California’s cities are among the first in the nation to enact local laws restricting outdoor smoking. In January 2006, California became the first state to declare secondhand tobacco smoke a toxic air pollutant. This declaration prompted the growing movement to restrict outdoor exposure to secondhand smoke. As of July 2007, the CRA is aware that the following jurisdictions have enacted outdoor smoking ordinances.

The city of Calabasas was the first to pass an outdoor smoking ordinance. The Calabasas ordinance, which went into effect in March 2006, prohibits smoking in all public areas of the city, including outdoor restaurants, parks and sidewalks. Smoking is still allowed in private residential property, in up to 20 percent of guest rooms in any hotel or motel and in designated smoking “outposts” in shopping mall common areas. Business owners are responsible for ensuring that all employees and patrons comply with the ordinance. Business owners can apply to the city for permission to establish a designated outdoor smoking area. For more information visit http://www.cityofcalabasas.com/.

Santa Monica’s outdoor smoking ordinance went into effect in November 2006. Like Calabasas, the Santa Monica ordinance also prohibits smoking in all outdoor dining areas. The ordinance does not create liability for business owners, although business owners are expected to request that their customers obey the law. For more information visit http://www.smgov.net/news/citybusiness/smoking_regulations.htm.

Burbank’s outdoor smoking ordinance became effective in May 2007. The Burbank ordinance prohibits smoking in all outdoor dining areas and all areas within five feet of outdoor dining areas. Business owners are responsible for posting signs in specified locations. Business owners can apply for a permit to establish a designated smoking area. For more information visit http://www.burbankca.org/smoking.

Beginning on October 1, 2007, outdoor diners in Beverly Hills will also be prohibited from smoking. Many restaurant and business owners in Beverly Hills have expressed concern that the ban on outdoor smoking will affect the city’s high volume of international tourists. In response, the Beverly Hills City Council has promised to track business at restaurants after the ban begins. The council signaled that, if necessary to protect the local economy, it would modify or repeal the ordinance before it becomes permanent in April 2008.

​In addition to the above cities, the cities of Belmont, Berkeley, Davis, El Cajon, Escondido, Glendale, Loma Linda, Los Angeles, Marin County, Pasadena, San Diego, San Jose, San Luis Obispo, Santa Barbara, and Goleta all have restrictions on where and under what circumstances someone can smoke.  Many of these local ordinances focus on banning smoking in public parks or at public beaches.  However, many specifically ban smoking at outdoor patios of restaurants, on any city streets, or even in someone’s apartment or condominium. With 84 percent of Californians now non-smokers, we can expect this trend in prohibitions on smoking to continue.

This report was reviewed in 2020 by Weintraub | Tobin. Weintraub | Tobin provides this information for general informational purposes only. The information is not, and should not be relied upon or regarded as, legal advice. No one should act or refrain from acting on the basis of such content or information, without first consulting with and engaging a qualified, licensed attorney, authorized to practice law in such person’s particular jurisdiction, concerning the particular facts and circumstances of the matter at issue.

Marijuana use in restaurants

With the passage of Proposition 64, also known as the Adult Use of Marijuana Act, California voters legalized the recreational use of marijuana for adults 21 years old and over.

May 7, 2018 was the compliance date for the menu labeling final rule.

Restaurants may implement neutral patron conduct rules, dress codes or other neutral admission policies that are equally applicable to all persons regardless